FROM THE ASHES OF INHUMANS VS X-MEN, AN ALL-NEW TEAM OF X-MEN RISES! Xavier’s dream comes full circle as KITTY PRYDE takes the reins and assembles a squad of the most iconic X-Men to fight at her side. STORM. COLOSSUS. NIGHTCRAWLER. OLD MAN LOGAN. PRESTIGE. They are X-MEN GOLD! And they’re on a mission to be Earth’s finest heroes, even when that means defending those who hate and fear them. Brought to you by an all-star creative team of Marc Guggenheim (X-MEN, S.H.I.E.L.D., television’s Arrow) and Ardian Syaf (BATGIRL, SUPERMAN/BATMAN, BRIGHTEST DAY), a new beginning for the strangest heroes of all starts here! 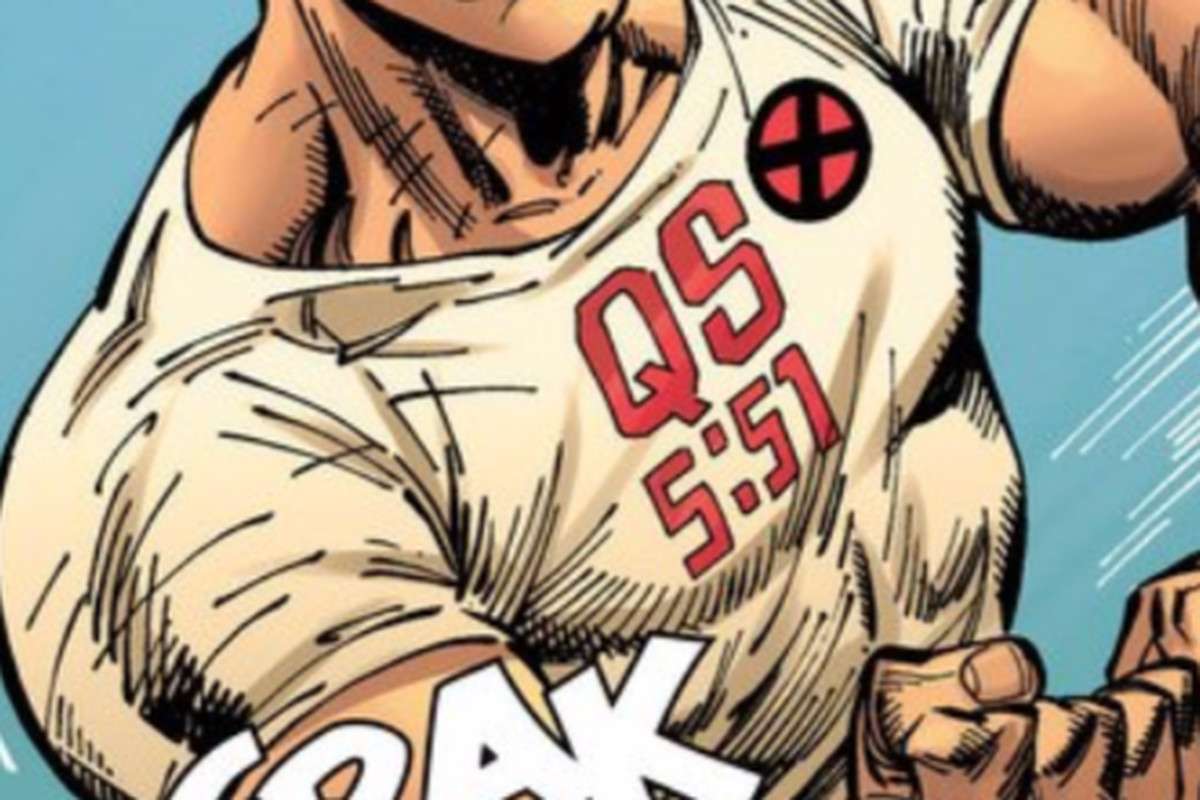 For a lot of Americans and non-New Yorkers, the number “212” holds no special significance. Neither does the number “51.” But for comic book artist Ardian Syaf, who slipped the numbers into Marvel’s newest X-Men comic book, they represent an anti-Semitic, anti-Christian message.

It’s particularly inflammatory and disappointing that it was smuggled into the X-Men, a team that’s represented inclusivity, empathy, and tolerance.

Syaf is Indonesian artist, and in Indonesia, “212” denotes a mass protest against Jakarta’s Christian Gov. Basuki Tjahaja Purnama. Meanwhile, as the comics news websites Bleeding Cool and ComicBook.com explain, the number 51 refers to verse in the Quran (Chapter Surah 5, verse 51) that’s been interpreted by those protesting Gov. Purnama in Indonesia to: “Muslims should not appoint the Jews and Christians as their leader.”

In the premiere issue of X-Men: Gold which came out last week, there are a few instances where Syaf surreptitiously inserted the numbers into the comic. You can see an example in the panel below, which features Kitty Pryde, the Jewish-American leader of the X-Men, talking to civilians, and “212” appears on the awning of a building in the background of the scene:

Also notice the placement of the “jewelry” store near Pryde’s back:

There’s also this panel, which features Colossus wearing a T-shirt that refers to the Quran verse:

Creating comic books is a collaborative process, one that involves a back and forth between writer, artist, editors, colorist, and letterer. But it’s completely feasible, especially since the numbers probably seem pretty random to people who don’t have a background in Indonesian religious politics, for Syaf to have slipped something by his or her writers and editors.